Last week, we began to discuss the three books of the Jason Marshall story. 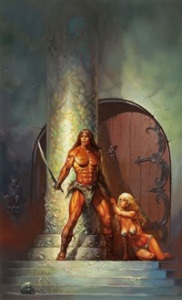 The story is a story of the transformation of a couple, Jason and Beverly.  They begin on Earth, as educated, intelligent, but very confused about the nature of their feelings toward one another.  They both end up abducted and taken to Gor, where after many adventures, they end up as Master and slave and the indications are they are finally being true to their feelings and now are both going to be happy ever after.   I think it is very easy for casual readers of these three books to dismiss them as fantasy fiction and even as a sexual fantasy involving D/s elements.

In defending the books over the years, I have had most people focus on what you might call “Beverly’s side” of the fantasy.  The critics point out that the assumption that all women are slaves waiting for Masters is silly.   They talk about how the whole idea of “Gor” is a reaction to the aggressive feminism of that times.   Even in these seminars over the past months, the most ardent attacks on what we are calling Gorean philosophy come from those who argue that women are not as one dimensional  as these books paint them, nor are relationships and gender roles as cut and dried as John Norman seemed to be trying to tell us.

As I think back over my years in Online Gor, I realize that it has always been thus.  The critics have always defended females and saw Gor as basically misogynistic in nature.  To be completely honest, this has been a difficult task at times, because in many ways these books do seem to satisfy the classic definition of misogyny.   A dislike of women or girls expressed via discrimination against women, or violence, or sexual objectification.  All of those things seem to be very much a part of the Gorean experience. Women as slaves, beasts, animals with no rights, subject to harsh discipline and bought and sold in the market place.   Sexual objectification on steroids.  And based on all of this, one would naturally expect that second life Gor would be full to bursting with men who flock here to enjoy an acceptable venue for this kind of objectification, and that its biggest problem would be finding any females willing to “rp” out such outlandish fantasies and participate in such misogynistic abuse.

However, this is not the case, and has never been since Gor first came to the internet.  Rather, the online Gorean world has always had an excess of slave girls, and even of slave girls and Free Women fascinated by it, and a shortage of males, even counting the large numbers that are drawn to it without really understanding it think that the fact that I know of men who seem to really understand Gor and as a result own multiple slaves is a telling fact.

I think the answer is actually quite simple.  The whole Gorean idea condensed in these three novels is that Men have lost their way.   The changes in Earth society had caused the whole idea of Manhood to undergo some major changes.   In the book, “What is a Man, 3000 years of Wisdom on the Art of Manly Virtue” edited by Waller R. Newell, the forward suggests that this change has taken place in the last couple of generations and is the major cause of relationship problems such as the break up of the traditional family and the soaring divorce rate, as well as issues such as violence against women.

What happens in the three Jason Marshall novels is that Jason Marshall discovers his basic manhood. He does not learn it.  It is already inside him and his behavior suggests that in his meeting with Beverly in the restaurant to start the first of the three books.  The change that takes place in him is very subtle and involves mostly a refusal to deny truth in order to accommodate a politically correct idea that is really more a fantasy than even Gor.   In a sense, Jason’s journey to self realization; to an uncompromising standard of behavior that is not going to be controlled by his basic sexual urges; and to a sense of manhood that is not always easy to maintain and can not be discarded as easily as one changes his socks, could have really taken place in any setting.It was not Gor, or slaves, or aliens, or BDSM, or any other external factor that was the important thing here, but the transformation itself.

In an earlier class, when we were discussing Gay Goreans, I pointed out how people passed through a couple of stages in their understanding of what Gor was all about.   In the earlier stage, they saw it as a macho thing, where they were going to be defined by sexuality, and would see being a Master as a factor of how one interacted with submissive females.   Such people would obviously oppose Gay sims as not fitting their idea of macho manhood defined that way.  However, in the mature stage of understanding, they begin to see that it is not about sexuality at all.  The idea of Manhood is about other things than who you chose to enter into such relationships.  A Man simply does not define himself by who he is having relations with, but rather by a set of behavioral standards that raise him from an animal to a rational being sitting on top of the animal food chain.  We started as just another primate and now we are the dominate life form on the planet.  We had to have been doing something right for this to have happened. 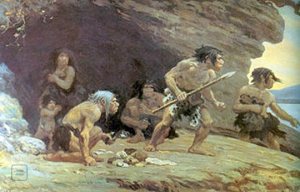 The Jason Marshall novels express to me the idea that we are letting our technological softness erode that “right”, and as a result, we, as Men, are betraying our birthright, and we are betraying women, who have stood at our side since the caves.  Beverly reveals at the end of the third book, that Jason had been the object of her fantasies all along, but, he was not able to “man” up, and fulfill them until he had rid himself of fear, and propaganda and rediscovered Manhood.  Perhaps, this could have happened in any number of ways.   John Norman chose to throw them both into an extreme society that forced Jason to come to terms with who he was, and sort of set Beverly aside as a prize for when he finally did, but I think the transformation could have taken place in any setting.

So, lets end by summing up the three Jason Marshall novels.   It is all about Men acting like men and coming to understand what that means, and it is nothing to do with slaves girls and chains and whips.  That is the seasoning.  Self realization is the Meat.   The things that Jason had to come to understand might have been found in Miami Beach, or Mars.  But, if we sort through the trivia, and the setting, and the distraction of adventure and the allure of slaves, and look for understanding of what those things were, we , I believe, will begin to have some understanding of what the author was trying to say,  and we might even begin to seek the same things in our online community and in our role play within it.