Todays talk is going to be a back to basics sort of refresher course. Much of what would be considered “Counter-Earth” Gorean thinking would center on the nature vs. nurture debate.

I found this short and concise definition on the internet.

The nature vs. nurture debate within psychology is concerned with the extent to which particular aspects of behavior are a product of either inherited (i.e., genetic) or acquired (i.e., learned) characteristics.
Nature is what we think of as pre-wiring and is influenced by genetic inheritance and other biological factors. Nurture is generally taken as the influence of external factors after conception, e.g., the product of exposure, experience and learning on an individual.
The nature-nurture debate is concerned with the relative contribution that both influences make to human behavior.

Here is the url of the article. https://www.simplypsychology.org/naturevsnurture.html

Now, if we were to apply the Counter-Earth approach to this debate, we would have to admit that modern society on Earth is leaning much more heavily in the direction of “nurture”, and more and more away from “nature.”
At the time John Norman was writing the early Gorean novels, this trend was beginning to pick up speed. I have referred to the work of the author, Desmond Morris, and the book, “The Naked Ape” as the kind of “genetic wiring” message that was coming out as a response to the social adjustment to the industrial and technological ages.
This book was popular at the time Tarnsman of Gor was written.
When I have quoted the book here in the past, the response was often that Desmond Morris, and this genetic wiring, still very much apes inside, thinking had been debunked by modern writers and thinkers.
Of course. Because nurture is winning. We aren’t really locked into anything anymore. We are free. Free to be who we want, and what we want. We can identify as something, and it is so.

So, obviously, the Gorean side of this is going to go to the opposite extreme. We are hard wired, and we better be about the business of understanding that or we are doomed. We aren’t anywhere as free as we think we are, but rather we are the results of millions of years of selective evolution that made us into something very powerful and dangerous.
Here are some quotes. They would be easy to find in almost any of the novels.

“Is it not safer to cower in the caves of lies than stand upon the cliffs of truth, surveying the world? Yet when one stands in the sunlight, and feels the winds of reality, how dank and shameful seem the dark shelters of falsehood, and how foolish it seems then to have once feared daylight and fresh air.
But, swiftly, I, a man of Earth, well tutored in my myths, scoffed that I might have feared to assume my manhood. I was well aware of the definitions of my manhood, and how well I must fulfill them, that I must be gentle, solicitous, feminine, and sweet, and obedient to the whims of females, lest I be a brute.
But, into those definitions did not enter, as I now recognize, hints of a nature formed by a harsh evolution, remarks pertaining to genetic dispositions selected for in times when the meadows were bestrode by the prowling tread of the saber-toothed tiger and the hills rang with the trumpeting of mastodons; those definitions did not tell of the dark songs and cries of hunters; they did not speak of campfires or knives of blue flint, they did not speak of warriors, or of meat turned on green spits by captured,. neck-thronged women……..
Page 103 Fighting Slave of Gor

“But , perhaps they might reclaim their surrendered manhood, before they themselves, and their world, become the helpless victims of its thwarted furies.
Manhood cannot be forever denied. The beast will walk at our side, or it will destroy us.
Page 115 Fighting Slave of Gor

So, it is easy to see that Gor is coming down as strongly on the side of nature as Earth was yielding to the lure of nurture.

And here in the Gorean Compass seminars, we are always seeking the balanced middle ground. The Second Life Gorean superior human, hardened by Gor and retaining the compassion of Earth would most likely come down on this duality right smack in the middle.

We are half what we are hard wired to be and really can’t help but can only struggle to control and understand. And we are half the product of the environment and time, and place we find ourselves in.

That settles the nature vs. nuture debate. It is a tie. And in the end, you get the sense of that from reading the Gorean novels.

Even when we see it from the symbolic point of view of Kur vs Priest Kings struggling for our souls,the animal vs the rational, it is a balanced approach. The animal is not evil or good, per se. It can be either.

But, here is the problem. We are not any where near a balanced approach to this debate here in Second Life Gor.

Since we all have come here to either enjoy or role play Gor by logging into computers from our homes on planet Earth, we are carrying with us the baggage and mindsets of Earth. The pendulum on that planet has swung wildly in one direction, and we are going to have a hard enough time pulling it back to safe middle ground.

For example, there is a active Gor evolved community that has basically been built on the idea that the whole nature idea is outdated now. Evolution takes place in days, hours, as fast as new technology comes out, we morph into whatever we need to be, or want to be.

So, I am saying that even to build a balanced view of this will take some vectoring in the direction of being more open to the nature side. We need to focus much more on the reality of who and what we really are, and spend more time in our Gorean interaction listening to ancient drums, and feeling the lure of the campfire.

If anything, the Gorean experience in Second Life must be harsher, stricter, more demanding, and more structured than even the books describe the fictional planet.
If the pendulum has swung to far to one side, we can only stop its momentum and get it going the other way,by pulling just as hard in the opposite way.

I think in many ways the beast is destroying us and our world. it is not a happy thing to be an old man looking back at his life and thinking things are really so much worse than when that life started?

I always hear of places and groups devoted to helping people “heal.” I am sympathetic to this because I know how easy it is to get hurt both in the online world, and the offline one as well.

But, what I question is the method and approach. Emotional hurt is caused by weakness, either in the person who is hurt, or the person who does the hurting. You don’t make it better by encouraging weakness.

Healing here in Gor means putting on your big kid panties and hitching up your belt and climbing back up on the horse, or whatever cliché you want to use to describe toughening up. 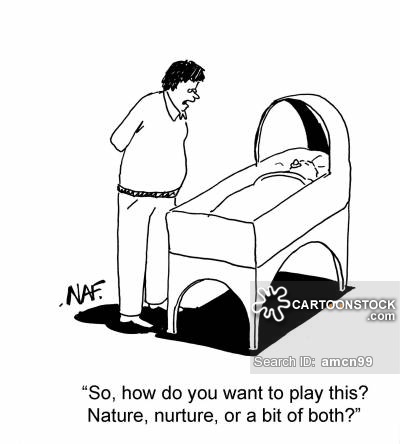 I sometimes think that the people who see Gor as anything else but a harsh, and demanding playground for the grown ups only, should be telling newcomers “ahh, enjoy Gor,,but whatever you do, don’t really read the books.”

So, Do you think that Gor represents an extreme version of “nature.” and do you think, Second Life Gor has surrendered too much to the side of nurture, and needs a much harsher dose of nature? I think the debate rages on, and could be gist for many discussions in the future.