In preparing for today’s class I came across a Website called “RationalWiki.” and was very excited. I always get excited these days over the term ‘rational” because it seems so absent in most discussions. There was a short article on “Gorean.”

This is its rational definition of Gorean.

Goreans are, all too often, nutters who have taken the works of a science fiction author way too seriously. The term “Gorean” comes from the Chronicles of Gor series of novels by John Norman, set mostly (where else?) on the planet Gor. The society in the novels is a patriarchy in which women are enslaved and bought and sold as property (there are some male slaves as well, though they’re rare). In fact, on the planet Gor, gravity itself seems to be sexist. Tarl Cabot, the Earth-born hero of the series, is described as having much greater strength on Gor, as his muscles developed to function under Earth’s higher gravity. However, Earth women have no such experience and find themselves physically helpless before Gorean men.

Many Goreans simply use Norman’s setting for the purposes of BDSM role-playing. However, vocal proponents of Gorean “philosophy” actually think the series is a good blueprint for society, which has led to the creation of Gorean sex cults. The Goreans justify the subjugation of women using a mixture of recycled eugenics (or dysgenics, to be more technically accurate) and Social Darwinism. In short, back when men were men and women were women, skull-cracking cavemen roamed the Earth who were better adapted for survival because of their superior combat skills and penchant for kidnapping women. This kept the riff-raff from reproducing until the advent of modernity, industrialization, and feminism.

A splinter group from the Goreans called the Kaotians, founded by Lee Thompson, was raided in May 2006. In 2008, Thompson was sentenced to three years in prison for forcing his girlfriend to have sex with a number of other men
.
The Gorean opinion on how such a society could be brought about on Earth, given the absence of Gor’s insect overlords here, is unknown. And unasked for. ”

After reading this and giving it some thought, my first conclusion was that we are in need of a much better Public Relations Department. Or else, I need to rethink my own understanding of the cognitive meaning of the word, rational.

I spent a little bit of time exploring some more of these negative sites, and one thing almost every one of them mentioned was the incident in 2006 involving this Lee Thompson fellow. He has become the critic’s poster child for online Goreans, including Second Life Goreans, despite the fact that his “crimes” took place a dozen years ago, and he was, technically, a Kaotian, and not a Gorean anyway. The idea that we are lumped together with him by the simple expedient of calling Kaotian a splinter group from the Goreans is about as rational as , oh, calling the United States Marine Corps a splinter group from the Goreans because they speak of themselves, at times, as warriors.

It would be easy to laugh off such criticisms as typical internet mis-information, and move on to more important matters. Certainly, we are not surprised, given the insanity going on in the social and political arenas of Western Earth civilization, that many “Social Justice Warriors” of Earth are going to take a dim view of Gor, and question the motives and morality of those who claim to espouse it as more than a titillating sexual role play game.

In the past weeks, however, this very point has been raised in discussions around Second Life Gor. In this seminar, we have been asking the questions: Is online Gor a community? What are the community standards and values we espouse? How can we enforce standards?

Last night, during the weekly discussion I moderated from Glorious AR, the idea of the three levels of Home Stone was mentioned. This is the idea that a Gorean Free would have a personal Home Stone, above the fireplace of his own dwelling, perhaps, and he would also be pledged to the Home Stone of a city or village as well. The third level was planetary. The word Gor itself means “Home Stone”, and thus we could translate “Gorean” to mean; “People of the Home Stone.”

This is not just a bit of interesting trivia either. There is a common thread over the last two or three thousand years, beginning with Aristotle and carrying on through Judeo-Christian philosophy that tells us that we do not exist in a vacuum of self interest and self gratification. It teaches us that we have certain obligations. Obligations to our families, to our communities, and to mankind entire. Obviously, vast differences have existed in the “source” of these obligations. Were they the orders, or suggestions of some superior being, or deity, passed down to us in sacred books, or were they something that emanated from some divine spark inside the soul of the superior human being?
For over a year now, in this very classroom, I have spoke of a higher standard, of codes of behavior; of the path to the superior being.

I can not remember a single session where I suggested the main thrust of our Philosophy was the formation of “sex cults.” Nor do I remember a single time that we extolled the virtues of some randy Englishman who was seducing females under the name “Kaotian” or suggesting he was our role model.

Perhaps, we have no one to blame for this, but ourselves. From the beginning we were the exact opposite of a cult, really. We were more a big fan club, and we had no requirements for membership in the club other than the ability to type out the words, “I am Gorean” on a computer keyboard.

How tolerant and inclusive we are.

And the result of all this, at least as far as Second Life Gor is concerned, is the RationalWiki calls us “nutters.” The thousands of dollars and millions of hours spent here are reduced to a joke and a mockery. The people who have had their lives touched in positive ways by their exposure to Gor are discounted.

Even here, at the Gorean Campus, where this talk is being given, and where recently a fine human being, and honored Gorean, was lost to us after devoting years of time and a lot of money to build something that would make the online world a little better, I have to admit that the person representing us in the internet world is an English pervert who got busted a dozen years ago.

I don’t know, maybe it is just me. I have been doing this too long now, and I have met too many people and had too many insights and too many life changing experiences.

And I think it is about time that we figure out a way to filter out of our community those people who do define it that way.

It is time to create a new definition. 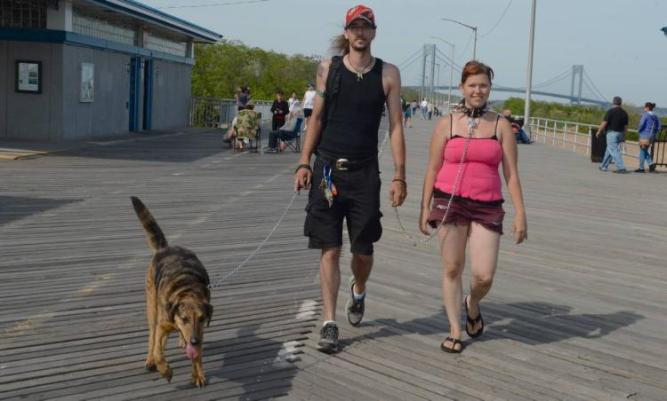 But, what about all those gamers, and players, and predators, and weaklings, and depraved people that slipped in under the poorly defined meaning of “Gorean?”

I know. They can be the Kaotians.