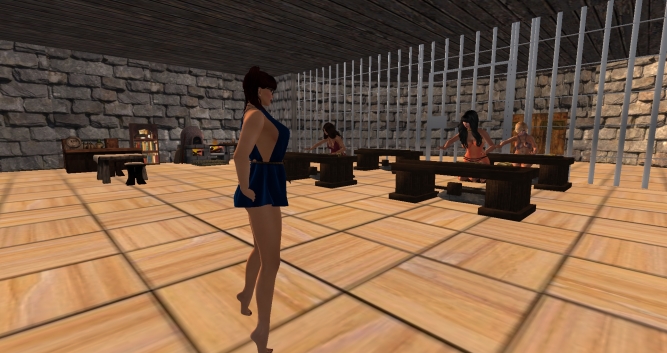 Following are transcripts from the class along with examples of emotes written by members of the class.  Positions covered were tower, nadu, heel, bracelets and obeisance.

As each position was introduced Rhiannon gave quotes from the Gorean novels to support her teaching.  She then had each student write out emotes for each position.

In attendance at this class was tabi, sarah and misty.  Rhiannon gave 3 other classes on the same topic throughout the day so that all the girls would be able to attend at least one class.

rhiannon: The NC i handed out has book descriptions of each position. What i would like for each of you to do, is write out an emote, for the position Tower .. after reading the book description.

rhiannon: we are going to go through each position like this, and if you need help just ask .

rhiannon: while ya’all are writing out the emote i am going to give you circumstances that the position tower would be used here on Gor.

rhiannon: It is commonly the first position learned. A white silk slave that has not been opened will kneel in tower. The thighs pressed together firmly indicate that she is not be used sexually.

rhiannon: Slaves that belong to FW will commonly kneel in tower.

rhiannon: When in service to a FW, one will often serve in tower. 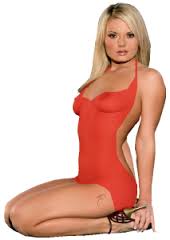 Variation on Tower – girl is ready to be braceletted

Sarah lowers herself to the gound, resting on her heels, back straight, knees together hands placed on her thighs palms down, head down eyes lowered

TABI lowers to her knees gracefully, placing thighs carefully together, palms upon the thighs in relaxed position, head slightly lowered and back ramrod straight, buttocks resting upon sturdy heels.

Misty: Sinking to her knees, she glanced around the room counting in her head all the Free in attendance. Noting several Free Women present, she gracefully closed her knees
into a Tower position, pressing her thighs together, so that none of them would be offended.  As her legs closed together, she no longer felt the cool breeze from
the Thassa, and her heat cooled.

rhiannon: Nadu is probably the most common position i have ever used on Gor.
rhiannon: it is also known as the position of the pleasure slave.

rhiannon: Thighs spread, the slave is in a sense indicating that she has been opened and understands her place as a slave on Gor.

“Nadu!” he snapped.
She swiftly turned, facing him, and dropped to her knees. She knelt back on her heels, her back straight, her hands on her thighs, her head up, her knees wide.
It was the position of the pleasure slave.
Explorers of Gor Book 13 Page 77
“Nadu!” he cried, loosening the whip coils on her throat. She swiftly knelt, back on her heels, back straight, head high, hands on her thighs, knees wide.
Explorers of Gor Book 13 Page 80

Sarah lowers herself to the floor, resting back on her heels, rasies her head looking straight ahead, opens her thighs wide displaying herselt, places hands palms up on her thighs, keeping her back straight, holdiong her chest out

TABI bends knees lowering buttocks to heels, back straight as thighs part widely exposing the moist inner core of the slave, breasts lifted and available to his touch, hands rested on thighs awaiting the command of the Master

Misty: Her Master, coming up behind her unexpectedly, always invoked an automatic response from her–that of kneeling legs spread wide apart, hands on her thighs with her head up.  For her Owner, a perfect nadu kneel was always the right thing.

rhiannon: okay so no questions about nadu?

TABI: palms up or down?
rhiannon: ahhh, now back in the old days
rhiannon: when we didn’t have avatars

rhiannon: that was a sign to others whether or not we were available for sexual use or not.
rhiannon: palms up
rhiannon: meant that we were basically begging silently to be made of use

rhiannon: or in other cases, even a silent plea to speak if they had been commanded to silence.
rhiannon: in other words, palms up were seen to be a way of a slave to beg silently. So, i would say hands down is the common way of it .. but if you like to use the little signals you can kneel with palms up or turn them up on your thighs and see if the Master understands what you are doing and recognizes it for what it is.

rhiannon: Heel is pretty self explanatory.  A Master wishes you to follow him.  So commands you to heel.  Doing so with grace here on SL seems to be the trick. 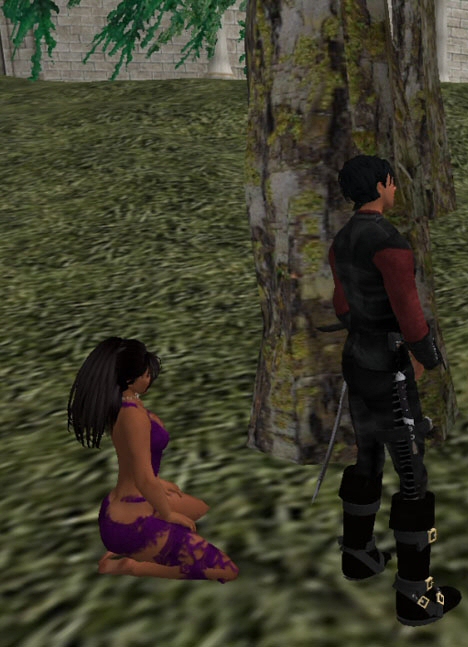 “You will be well taught to heel and obey,” said he.
Marauders of Gor Book 9 Page 118

“I now carried his shield. I walked behind him, and to the left. I suppose I should have minded. I knew, of course, that I was heeling him.”
Slave Girl of Gor Book 11 Page 31

“I strode toward the market. I must leave soon. The girl stumbled after me, weeping. “Please, Master!” she wept. I did not tell her to heel. It was not necessary. She was slave.”
Beasts of Gor Book 12 Page 140

I extended my hand. I would snap my fingers. When I snapped my fingers she would rise to her feet and follow me, heeling me, like the sleek domestic beast she was, to her master’s lodge. One of the first things a girl is taught to do is to heel.
Blood Brothers of Gor Book 18 Page 108
A man’s slave usually heels him, following behind him, or behind him on his left.
Blood Brothers of Gor Book 18 Page 299

Sarah at the command to heel, rising from the floor to stand, moving to the left of the Free, two steps behind, waiting to be led away

Misty: As the Master took hold of her leash, there was no question in her mind about how
she would be required to follow him. Two paces behind on his left, so as not to encumber is use of his weapon, always in a deferential stride. When he stopped, she stopped, being careful not to bump into him but to always be aware of her place and her desire to serve him, even when she was just walking.

TABI hears his command and quickly rushes to his left side, kneeling in usual pleasure slave fashion prepared to follow as he leaves, careful to remain just to his left and slightly behind, sapphire eyes upon him constantly to follow his movements carefully.

rhiannon: What I was gonna say about bracelets is that the position can be done, kneeling or standing. I was taught that if you were told to go into bracelets and you were kneeling, you did so by lifting head to the left and placing hands behind your back, ready for the bracelets.
rhiannon: But, if standing, you should turn your back to the Master and cross your arms behind your back.

rhiannon: you can get really old school and emote that you place your weaker wrist upon your stronger one if you like.
rhiannon: So… those all looked great. Basically you are preparing to be braceleted. 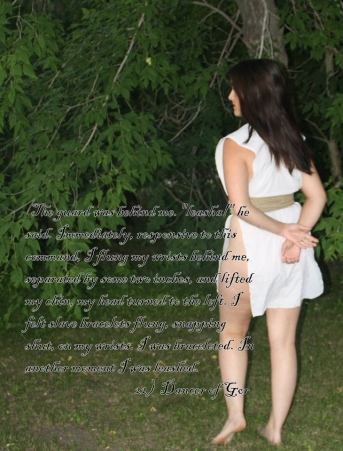 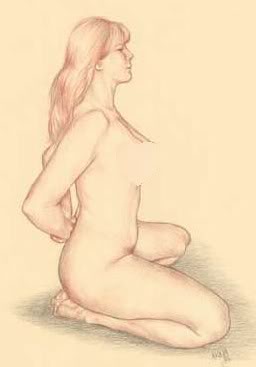 “Bracelets,” he snapped. She put her head in the air and placed her hands behind her back.
Hunters of Gor Book 8 Page 146

Sarah  lowered to the floor, resting her butt on her heels, pushing her knees together, back is straight, raising her head for access, placing her hands behind her back

TABI kneels, thighs part widely, back slightly arched lifting ample breasts as hands crossed neatly behind her back ready to be bound if Master should so choose,  head lifted her gaze upon the Master.

Misty: His preference for her kneel was in the bracelets position–arms behind her back,
legs spread as in a nadu kneel and chest thrust forward. She kept her eyes down until he spoke to her, truly a sign that she was listening and perched ready to  serve him well.

rhiannon: yes.  Obeisance is a position that all slave girls should know.  It is commonly used to show ultimate submission to the Master.  it is also a position that a slave may beg from.  Even if it is for her life.

rhiannon: Now .. again, just cause i have to throw in .. that if you want to go really old school …
rhiannon: from that position

rhiannon: if you are begging for mercy .. especially if it is for your life
rhiannon: you can reach forward, grab hold of the Masters boot, turn your face and place the Masters boot upon your head.
rhiannon): and then beg.

rhiannon: yes, you are saying
rhiannon: i surrender to your will Master, i know you can crush my skull if you wanted to right now.

“Obeisance!” snapped the guardsman.
Instantly Ellen, and her sister slaves, went to first obeisance position, head down to the cement.
Prize of Gor Book 27 Page 234
When we appeared before her cage, she put her head down to the blanket, the palms of her hands on the floor of the cage, beside her head, It is a lovely gesture of obeisance, and required by many masters of their women.
Mercenaries of Gor Book 21 Page 340
I pointed to the sand before me.
She immediately, frightened, dropped to her knees and again put her head down to the sand, the palms of her hands, too, on the sand.
Vagabonds of Gor Book 24 Page 205

Sarah: me hearing the commad to Obeisance she dropped to her knees, placing her head on the floor raising her butt in the air, her hands palms down placed on the floor beside her head, back arched

Misty: Being new in the kennel, she relied on the other kajira and closely watched their
behaviors so that she would not feel the sting of the whip. As a Free entered the space, she noticed in turn that each girl put her head down to the ground, palms down flat and knees
tucked under. Slaves remained in the obeisance position until ordered by the Free to move. It was a bodily way to express silent submission, she thought.

TABI falls quickly to the ground, shame evident upon her features, folding over pressing breasts to sand, knees bent underneath and arms extended with palms pressed downward, head lowered between her palms, breath quickened and ragged begging mercy for having been displeasing.

Thank you Rhiannon for this very excellent class on basic slave positions.  Also thank you to the Village of Tosar for allowing us to hold the class within the kennels there.

Watch this space for many more slave classes and instructions yet to come!